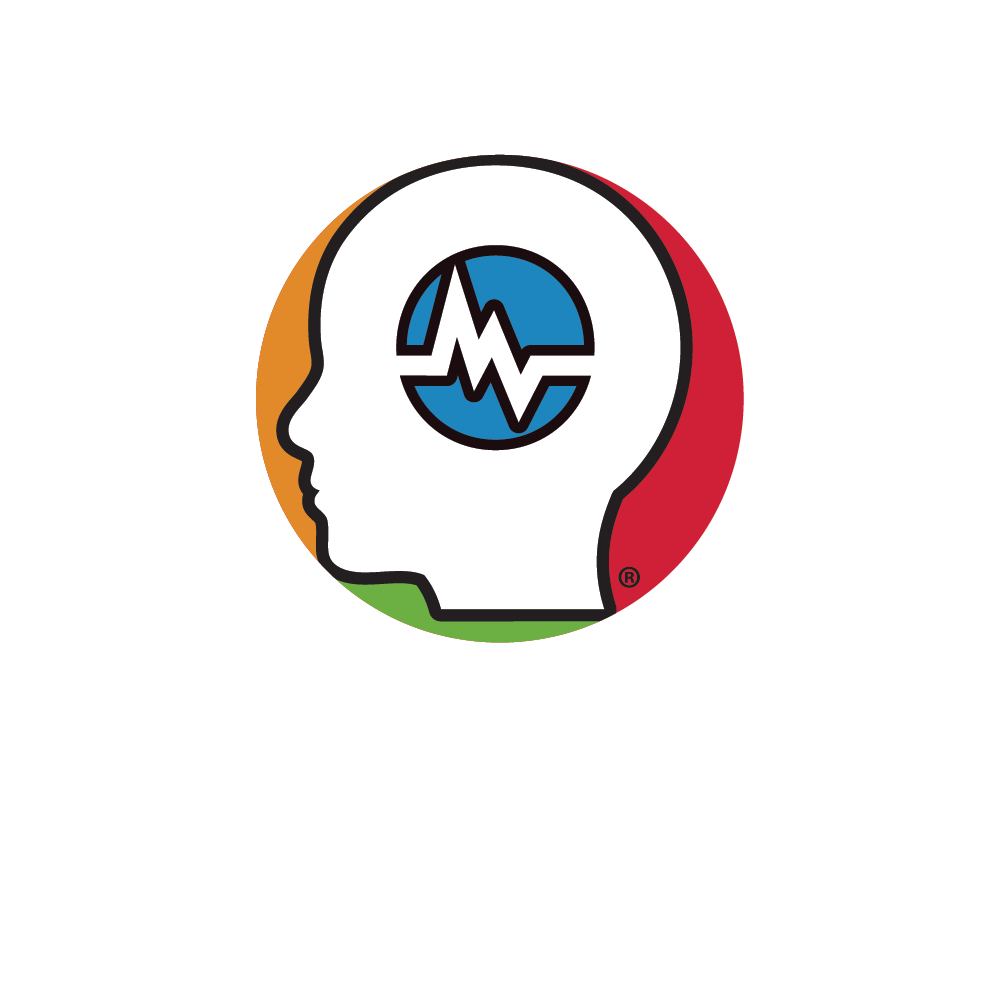 Live from San Francisco in association with TEDWomen, and locally with amazing speakers, panel discussion, and performances. 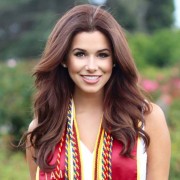 In September 2016, I joined Deloitte as a Marketing Specialist in their SHINE rotational program. In this role, I work with various marketing and communications teams across Deloitte, serving internal and external clients.

Prior to joining Deloitte, I attended the University of Southern California. I earned a B.S. in Business Administration and graduated with Honors and with the Global Scholar distinction. I have dedicated my time in college to the prosperity, opportunity, and growth of young women at USC and in the neighboring Los Angeles community. I am the USC chapter founder of I AM THAT GIRL, a non-profit organization aimed at empowering girls to love, be, and express who they are. Other highlights from college include giving a TEDx talk, being a USC Song Girl, mentoring young women in WYSE, studying abroad in Budapest, and joining a sorority. I am originally from Dallas, Texas. 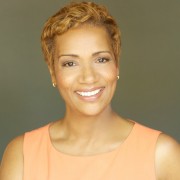 Bonnie Boswell Reports is a series of 2-minute news stories that appear on PBS SoCal during the PBS NewsHour Weekend.  Topics range from homelessness to Herbie Hancock, food scarcity to photographer Sebastiao Salgado.

Bonnie is also an award-winning producer/reporter, filmmaker and former talk show host. She was the community reporter for NBC News Los Angeles and won the coveted “Golden Mike Award for Best News Special” for “Seeds of Peace”, an hour-long show on violence prevention  she created, produced and co-hosted for six NBC-owned stations, starring Martin Sheen and Alfre Woodard.

Bonnie was an associate producer at ABC’s “20/20” and the producer/co-host of “Lawson, Live,” a national talk show on the Hallmark Channel.  Her award-winning PBS documentary, “THE POWERBROKER: Whitney Young’s Fight for Civil Rights,” was viewed by over 2 million people and presented at the White House by First Lady Michelle Obama. Bonnie has been a speaker at Harvard Law School, Harvard Kennedy School of Government, Princeton University, and the Wharton School at the University of Pennsylvania.  Her articles have appeared in the Los Angeles Times and Essence magazine. She is a past board member of the Academy of Television Arts and Sciences. 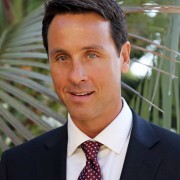 Dr. Dan Radecki is the Chief Scientific Officer at the Academy of Brain-based Leadership (ABL), which offers a scientifically validated, brain-based approach for future-oriented leaders and organizations interested in optimizing their performance, relationships and health. Dan also serves as Executive Director of Research and Development at Allergan Inc., where he is a Global Leader for drug development programs. Dan holds a Bachelors in Psychology, Masters in Biopsychology and Ph.D in Neuroscience.

Working as a leader in the corporate world allows Dan the unique perspective on how our knowledge of brain functioning can aid leaders in maximizing their results as well as the results of their teams. With this unique perspective from roles in both the leadership and neuroscientific world, in 2009 Dan created the content for the educational arm of the NeuroLeadership Institute and served as the lead professor and advisor for the Master of Science program in the Neuroscience of Leadership. This was the first university-accredited program ever developed to incorporate cutting edge neuroscience research into an optimal model of leadership. In the following 7 years, Dan taught over 400 leaders in 40 countries, on the neuroscientific underpinnings of effective leadership.

Over the years, Dan has realized the wide-ranging applications for a brain-based leadership approach and has a passion for bringing this information to children and teens. He has seen the positive impact that this self-awareness can have on youth in areas such as bullying, academic achievement, social relationships and emotional regulation, and envisions a day when this curriculum becomes mainstream in our schools.

Dan has been published in the Harvard Business Review and has lectured internationally on topics such as the neuroscience of resilience, bias, creativity, leadership wisdom, the aging brain, the biology of collaboration and the impact of stress on the brain. In his spare time, he can be found on the beautiful southern California coast playing beach volleyball with one of his 3 children. 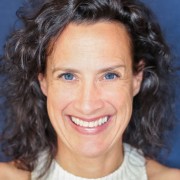 Dawn is a serial technology startup veteran with over twenty years of experience building teams at great companies leading to successful exits. She grew support operations leading to a multi billion-dollar IPO at NetZero/United Online. Prior to that she lead tech teams at Microcom (acquired by Compaq), and InterAccess (acquired by Allegiance Telecom). Currently she is the Co-Founder and COO of Netki, a FinTech startup focused on digital identity for usability and compliance.. Dawn was named one of the Power Women in FinTech by InnoTribe’s Bridging the Gender Gap 2015 report. She currently serves on the Boards of The Threshold Foundation and BitGive as well as being an advisor to the award winning newspaper, The National Observer. 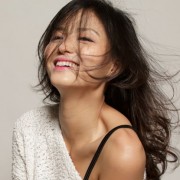 Product of University California Berkeley 2010.  Nomad.  Citizen of the world.  Searching for the meaning of life. 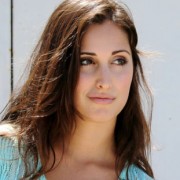 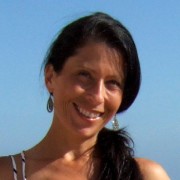 Lisa Rayburn is a Strategist, Advisor, and Spiritual Mentor. She leads individuals and groups through change. As a former attorney and business executive she was trained to think strategically. Her life has also been largely dedicated to helping people spiritually. She is currently obtaining her Doctor of Ministry degree from Claremont School of Theology in Spiritual Renewal, Contemplative Practice, and Strategic Leadership. She believes we are experiencing a critical time when we must live in a new way. We must realize the Sacred nature of the world we live in, and how Love plays an integral part. Her research includes studies in consciousness and neuroplasticity, and how we might truly embody principles such as Love, Compassion, Kindness, Altruism, Harmony, and Benevolence. Her work includes speaking and writing about why these things are necessary not only for our personal wellbeing, but to ensure that humanity has a regenerative food supply, clean water, and a thriving environment. 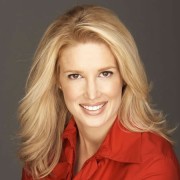 She is currently the Director of Strategic Relationships for IVY. IVY is a private community bringing together the most inspiring young entrepreneurs, innovators and top professionals though extraordinary social, professional, and intellectual experiences. WIRED Magazine calls IVY, “ the next generation of leading minds” with +20K members in 7 cities across the US.

As a TV host, reporter and producer, Sarah has interviewed some of today’s biggest names in entertainment and politics for The Comcast Network seen in more than 11 million homes, including live reports from the E! studios in LA. She covered red carpet events, movie junkets and interviewed the likes of Meryl Streep, Angelina Jolie and Will Smith. She’s grilled key political leaders live from the floor of the Democratic National Convention and executive produced and hosted her own weekly talk show, “New England Newsmakers”. Her producing projects for various outlets have also taken her to Paris, London and New York.

She spent time in local news at WB56 in Boston and anchored the morning and noon news at KARK (NBC) in Little Rock, Arkansas.

She currently is a blogger for the Huffington Post and guest commentator on various media outlets. She also advises early stage start-ups and works with investors and the VC community. 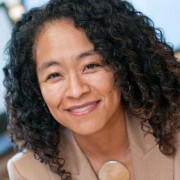 Song Richardson is the Senior Associate Dean for Academic Affairs and Professor of Law at the University of California, Irvine School of Law with a joint appointment in the Department of Criminology, Law and Society.  She received her AB from Harvard College and her JD from Yale Law School.  Her interdisciplinary research uses lessons from cognitive and social psychology to study issues of race and gender in the criminal justice system and in the workplace.

Richardson frequently conducts trainings across the country for judges, prosecutors, public defenders, police officers, non-profit organizations, and law firms on the science of implicit racial bias, implicit gender bias, stereotype threat and racial anxiety. She also presents her work at academic symposia and non-academic legal conferences. She is a member of the American Law Institute the country’s leading independent organization made up of elected judges, academics, and practitioners which publishes works to clarify and improve the law.

Come explore time zones, time travel, time outs and times together. We will explore the conventions and challenges of time.

We will ask the hard questions. Because isn’t IT ABOUT TIME:

We have invited stimulating local speakers, who are pioneers in their work or communities, to tell us about how they have harnessed time for their cause.

Food and light refreshments will be served

TEDxLA brings the spirit of the TED conference to Los Angeles, and more than a host city, the city of angels will provide a unique sandbox for unmatched experiences and an opportunity to bring the world in a unique and beautiful setting all around the city.

TEDxLA will be an event where the village in which it is held will play a central role in how we have global impact. Where the action we take will be as important as the ideas we share.